Richard H. Engeman for the Oregon History Project says, “The sawmill was a defining symbol of Oregon for more than a century, and the mill was an iconic institution in hundreds of Oregon communities.” 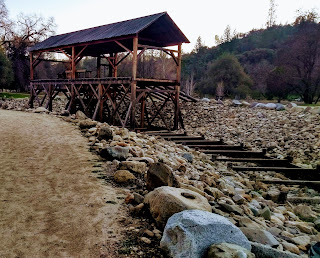 The very first sawmill along the Columbia River was built by the British Hudson’s Bay Company near Fort Vancouver in 1827. Ewing Young, in 1838, completed a small water-powered sawmill along the Chehalem Creek and sold the lumber to his neighbors. This was the first successful mill operation in the Willamette Valley. Other mills came soon after, the famous one at the Willamette Falls in Oregon City was operating by 1841. Hunt’s Mill east of Astoria on the Columbia River was operating by 1844. By 1850, dozens of mills were producing lumber up and down the Willamette Valley. For Oregon’s communities, they all look back to Ewing Young along Chehalem Creek. 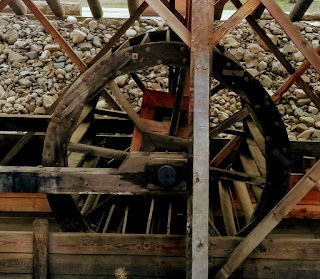 No definitive case has been made. The famous explorer Charles Wilkes recorded his observations of the sawmill in 1841 shortly after Ewing Young’s death. After only three years of producing lumber Wilkes describes a mil dam that was crumbling and a mill that needed repair. When the mill dam went--so did the mill operation. Then the great Willamette flood hit in 1861.

However, by 1852 another sawmill was established by the Oregon pioneer David Ramsey along Chehalem Creek.  It has been established that the Ramsey millsite was along the Chehalem Creek in southwest present day Newberg near the Dayton avenue bridge.

There is an interesting letter from a George Fox Professor named Dr. Perry D. Macy. He grew up in Newberg. After an education back east he returned to George Fox in 1920 to teach history and political science. Dr. Macy wrote down his memories of a conversation he had with Judge Wiliam M. Ramsey around 1929 in McMinnville. Judge Ramsey was David Ramsey’s oldest son. He grew up working at Ramsey’s millsite. Dr. Macy explains that when Judge Ramsey was a boy his father would point out debris still left behind from Ewing Young’s mill. Judge Ramsey supposedly claimed that this debris was observed “three tenths (3/10) of a mile below the Dayton Avenue bridge in southwest Newberg.”

The falls of Chehalem Creek next to Ewing Young park today are three tenths of a mile down the creek from the Ramsey millsite. But remember, no forensic evidence has been spared along this flood plain. No definitive case can be made. 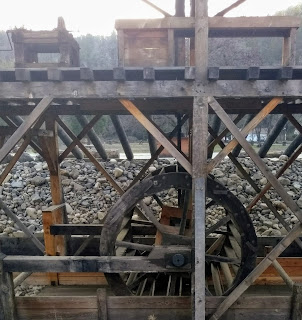 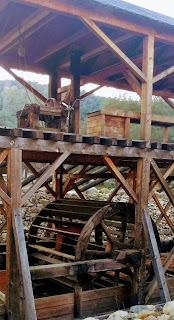 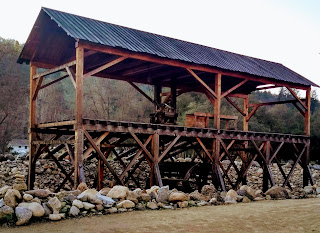 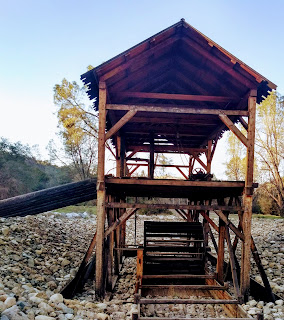 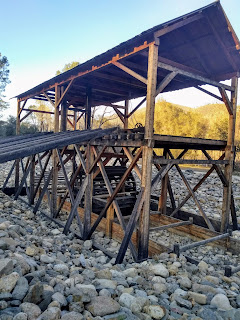