Note: Clippings in this article are from the Newberg Graphic which can be accessed through the University of Oregon Historic Oregon Newspapers project.


In the winter of 1918-1919 an epidemic swept the globe. The Spanish Influenza as it was called, arrived in the last few months of World War I. In Newberg, schools were closed, public gatherings were cancelled, and many fell ill.


Spain protested the moniker "Spanish Flu" - it was not theirs! News from London, New York, and other major cities spoke of a major epidemic. The Newberg Graphic published articles answering questions on symptoms of influenza, how to care for oneself, and the importance of avoiding gatherings. Outdoor exercise was recommended.

As the disease spread schools and businesses were closed. Events were canceled. The community settled down to avoid spreading the disease. George Fox University, then known as Pacific College, closed it's doors for much of the semester.


Local businesses felt the economic hit of the epidemic quickly. They were forced to close their doors, cancel events, and offer huge sales to make ends meet.

Many in the community fell ill, some passed away, and the city came together to mourn the loss of their family, friends, and neighbors.


Many attempted to deal with the stress of the situation through humor. Makeshift personal protective equipment was designed. Families quarantined themselves away from one another. Families grew tired of being in close quarters. Parents complained of noisy children.


Slowly though, the community began to recover. The epidemic slowed, the sick recovered, families returned to work, schools began to reopen.


Businesses resumed their work. Some were changed by the disaster.


Over the next year, theories on the disease emerged. Some blamed the Spanish influenza on the poison gasses used in World War I.

The pandemic of 1918-1919 hit Newberg hard. The community struggled, many died, schools and businesses suffered.

Newberg recovered. The town came back to life after the difficult time. Businesses resumed their operations. Over the next couple of decades, the downtown grew and thrived. Bound together, the community in Newberg saw the needs of their neighbors. They worked together to heal and support through this crisis. A spirit of generosity and love kept the community afloat. 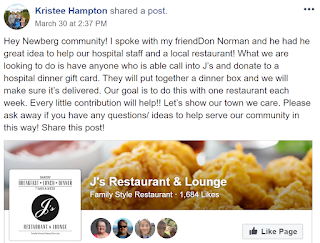 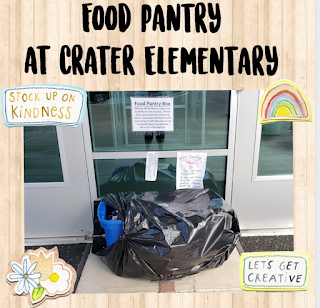 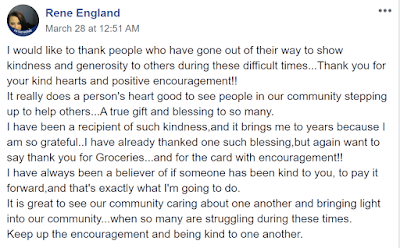