May 21, 2021
The Morris, Miles and Co. building, erected in 1891, was the first commercial brick building in Newberg. At that time, Newberg had been an officially incorporated town for only two years. In this year, the fledgling Pacific Friends Academy added their college arm (later named George Fox University).Several businesses existed in the downtown and the Quaker settlement that had begun to take root was begining to flourish. The Morris, Miles and Co. drygoods and groceries business struggled financially and changed ownership several times thru the early 1900s. 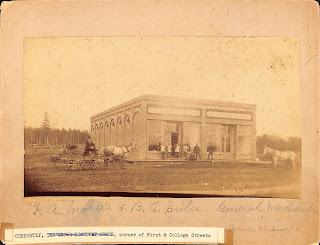 They sold a variety of materials, advertising their products in the Newberg Graphic.

After Moris, Miles, and Co closed, Larkin-Prince managed a hardware store there for at least ten years thru the 1910s.

Parker Hardware followed in the 1920s. There were times when the building was vacant and other times when it was divided into two separate stores. Then in 1944, Rolla Renne left his position as Superintendent of Newberg School District to manage Renne Hardware Store which functioned for at least a dozen years. 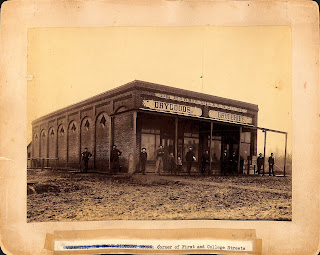 During the 1980s-90s, Newberg Fitness Center occupied the site. For about two years in the early 2000s, Higher Grounds Bookstore and a candy shop occupied the separated sides of the building. The interior was unified in 2005 before Maureen and Bill Rogers took over Chapters – the book store and coffee shop. 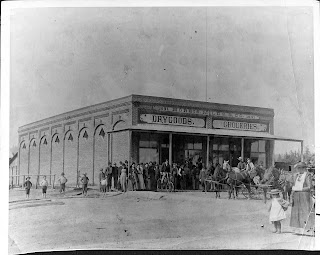 The front facade was restored in 2018 to resemble the original structure. It remains the oldest standing commercial building in the city of Newberg.